The loveliness of Tsfat

A passageway in this mystical city

The Ari Synagogue in Tsfat

The ark inside the Ari Synagogue 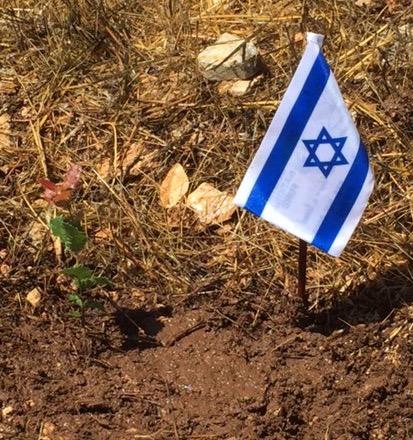 In an excerpt from Israel—A Spiritual Travel Guide (Jewish Lights Pub., 2d ed.) that we read in preparation for this trip, Rabbi Lawrence A. Hoffman speaks of a distinction between the tourist who visits Israel and the pilgrim who does the same. A tourist, he says, aims to “get away from it all.” But Jews visiting Israel are not seeking to get away—we are pilgrims returning home. With each passing day of our trip, the significance of Rabbi Hoffman’s observation sinks in. That felt increasingly true today.

We started Sunday by hearing an assessment from Professor Paul Liptz—a former professor of our Rabbi Adam Stock Spilker—of the successes and difficulties of Israeli society. Israel ranks high among nations surveyed for their residents’ happiness, and it maintains an impressively high standard of living for most people given the volatility of the “neighborhood.” But poverty-stricken segments of society pose challenges.

Following the talk, it was time to say goodbye to Tel Aviv. While we enjoyed the three-day glimpse of the coastal city’s vibrant beach scene, night life, and go-go economy, it was refreshing to get out into the country. Our first stop was Neot Kedumim, a 620-acre nonprofit nature preserve halfway between Jerusalem and Tel Aviv that aims to restore and preserve plants and trees as they were in the times of the Bible. Our host taught and reminded us of key biblical passages and—in a special treat—set us up to each plant an oak seedling. The ancient cistern and olive press were also exciting to see and hear about. Neot Kedumim makes the Bible come alive.

Further northbound in our bus on the Trans-Israel Highway, we observed and learned about Israel’s security barrier along the seam zone between Israel and the Palestinian territories. We had a quick lunch at an Israeli mall and then traveled further for a deeply moving afternoon in Tsfat, one of Israel’s historic sacred cities and a center of Jewish mysticism for several centuries. We sang “L’Cha Dodi” in the city where it was written, and squeezed in some shopping. We had good times on the bus Sunday too, including learning fun facts about several people in our group, and some of them were even true.

We ended the day at our hotel near Lake Kineret—the “Sea of Galilee”—capped with dinner, some reflections on our time so far, and even a few moves on the dance floor. Photos of the latter may emerge: Watch this space!

One thought on “Ancient and New”